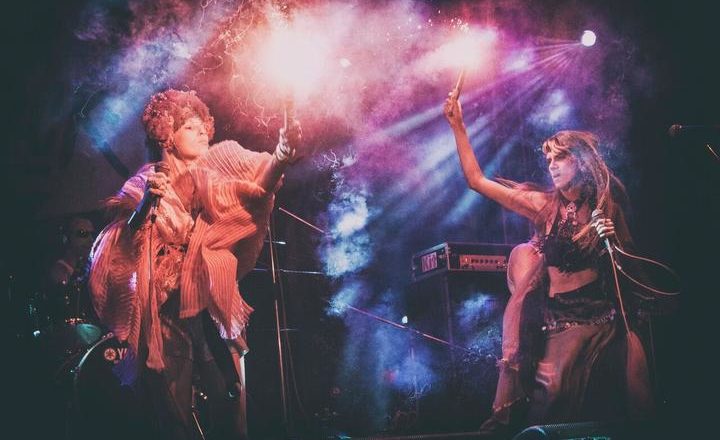 The band MAiKA has just released its debut album and will perform as a special guest of the famous Gogol Bordello, at their tour around Eastern Europe! MAiKA will accompany Gogol Bordello at concerts in Belgrade, Skopje, Sofia, Timisoara and Koper. In addition, the band is expecting two performances at the world-famous Boomtown Festival (UK) in August, as well as a concert in London!

MAiKA has just released its debut album “Balkannibalism” today and you can listen to or download it via the following link: https://fanlink.to/Balkannibalism

Their first album contains 11 songs, most of which are in English. So far, two singles from the same album, “River Sava” and “Share Of Your Life”, were released on March 21.

The music project “MAiKA” is a new phenomenon on the local scene. Serbian/Croatian/Montenegrin band with its authentic combination of Balkan beats, hit melodies and furious energy at live performances, continues to delight not only the festival audience, but the foreign booking agencies as well! This unusual band uses accordion, saxophone, trumpet and two female vocals combined with unrestrained rhythm and electronic effects. With its charm and wild energy, MAiKA will conquer every stage, win your heart, and make you dance till you fall off your feet!

The band MAiKA on tour with Gogol Bordello and at the famous Boomtown Festival!